When many parents walk into a child’s play centre, they relish the rare opportunity to let their little ones run wild and free. As an insurance broker and a parent, when I drop into my local centre with the kids in tow, I look around at the organised chaos and my imagination starts racing: Lawsuits! Litigants! Liabilities!

I was approached last year by Stacy and Des MacKellar just after they’d bought the Chipmunks Playland & Cafe franchise at Sippy Downs, Queensland. Their business, which spans a few hundred square-metres of play equipment in a fully contained all-weather building, was an opportunity to really flex my risk-mitigation muscles.

While the MacKellars were already fastidious about health and safety and had all the regular bases covered (literally, with foam and matting), I wanted to help them mitigate the few risks they hadn’t anticipated.

Just a few months after they’d officially signed on with me at Alleviate Risk, my advice was put to the test in a big way: an incident occurred involving the child of an allied healthcare professional visiting the centre. She claimed her child had suffered a spinal injury on the slippery slide.

It’s the sort of allegation that can destroy an underprepared business if it’s found to have legal standing in court! But that’s not what happened here.

Read on for how it all played out … and how I can help you benefit through professional risk management.

When It Came to Child Safety, The MacKellars Already Knew A Lot

After a 20-year career as a police officer working largely in child protection, Des MacKellar had witnessed first-hand what can go wrong when kids’ safety isn’t prioritised. He’d dealt with some horrible cases and leant on his family and his passion for preserving human life to cope.

Stacy’s background is in small business. She came from a family that has always owned enterprises. She’d grown up around businesses, worked in finance and insurance, and, from the first phone call, let me know she understood the importance of tackling risk exposure.

So, when their local Chipmunks play centre came up for sale, the couple’s diverse experience meant they were perfect buyers to operate it this demanding sector. Why?

Both policing and the business/finance sector are highly structured, procedure-heavy and sometimes litigious. Further, running the play centre would allow the MacKellars to build on their skills while dialling down on the stress and boredom of their previous occupations.

You’re probably wondering, why did these procedure and safety gurus need my help?

Today, Chipmunks Playland & Cafe Sippy Downs has up to 10,000 visitors per week – as many as 250 kids are running around and playing on the swings, slides and jungle-jims at any one time. With that many kids, each with different levels of social and physical development all concentrated in one place, Stacy and Des knew there would be run-ins.

They weren’t satisfied, however, with simply paying high premiums to insurers who offered them one-size-fits-all policies that only factored worst-case scenarios into their premiums. The MacKellars wanted real risk management, not just renewal notices.

Yes, they had accepted that bumped heads, grazes and even occasional ambulance calls were common in their industry, but they were still determined to find ways to make their centre genuinely safer. This would, in turn, reduce their premiums because they’d mitigated as many risks as possible.

The Best Price By Preparing For The Worst Outcome

I still remember what I said to Stacy and Des when I first inspected their premises.

“Someone is going to try to sue you, not because you’re bad operators, but just because of the nature of the business itself.

“Sooner or later, you’re going to be put under the microscope. We have to make sure you get gold medals when that happens.”

Those are not pleasant words for any business owner to hear, but they can be the difference between litigation destroying your business or a successfully defended claim showing your strength in the industry. Stacy and Des knew where I was coming from.

Once I’d completed my report, I told the MacKellars I’d identified three simple things they could do to protect themselves straight away:

1. Cameras: The Antidote To Anecdotal Evidence

The Chipmunks’ staff are not childcare workers: they are there to supervise and maintain the equipment, not manage the children. So, the first thing I instructed the MacKellars to do was get cameras to record every square-metre of floor space. 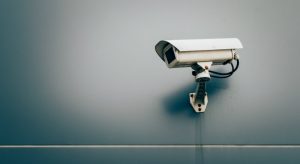 They did just that, installing cameras in the play centre and linking them to their mobile phones for quick access to all the footage. This would prove to be a particularly smart move, as they’d later be able to provide evidence of exactly if and how injuries were sustained, and, by doing so, disprove any fabricated stories.

2. Documentation: The Best Friend Of The Facts

Incident reports are vital tools for every business. Not only do they help you identify, at a ground-level, areas that pose risks to customers and staff, they are also crucial for businesses that end up having to defend themselves against a personal injury claim.

Here’s what Stacy has to say about her relationship with documentation and reporting:

“Yes, you feel like you’re constantly writing and note-taking. We say to staff: if it happens, put it in the diary. Times, dates, names and details of anything notable or concerning. Taking notes: it is going to protect you! Document, document, document!”

3. Culture: Your Staff Are Your Best Risk-Protection Tool

Although Des and Stacy understood the importance of child safety better than most, their staff (often teenagers with no kids of their own) were an untapped resource for identifying and mitigating risks.

Not content with just training staff on simple procedures like checking equipment, sanitising surfaces and documenting incidents, Stacy and Des wanted to show their insurers and customers that their Chipmunks franchise represented the gold standard in safety.

This meant implementing additional risk-reduction policies that went beyond legislative requirements, including:

By training staff to employ the best policies and procedures in the industry, the MacKellars were able to mitigate risks far more effectively than their peers. Simply, they’d be able to say to insurers or litigants: “What more could we possibly do?”

All of these risk-mitigation strategies came into play one day on the slide. What happened was fairly straightforward:

It was at this point that on-duty Chipmunks’ staff were told the child had been complaining of tingling and neurological signs. However, the child was also on medication for several pre-existing developmental and psychiatric conditions – all of which could also have been responsible for the symptoms.

The ambulance paramedic said they couldn’t diagnose on the spot, and felt there wasn’t an injury significant enough to warrant a trip to the hospital. The mother insisted they go anyway. The hospital declined to check in or admit the child, and the mother’s request for a letter from the doctor was refused on the grounds that nothing was wrong with her child. The child was given supermarket-grade painkillers and sent home.

The next day, Chipmunks followed up in order to complete their incident reporting procedures and inform the mother that they had video footage which had been reviewed.

Furthermore, they let her know that it was within their policy to not only call an ambulance when necessary (as she had done) but to section off and inspect the area where the potential injury had occurred before it is used again (which they had done). Neither the footage nor the equipment supported the mother’s version of events leading up to Point 5 above.

Upon hearing this, the mother relented and signed the Chipmunks’ incident report, saying:

‘I hope you have us back, you probably think we made this all up.’

How Did Our Risk Mitigation Help Chipmunks In This Incident?

While the MacKellars’ facility already met Australian safety standards (they also have all equipment, fencing and play areas independently tested by independent consultants DRA Safety), Des and Stacy could have been in big trouble if they hadn’t been so proactive in other ways.

By introducing a constant safety feedback loop between staff, management and insurers, they were able to begin managing the issue instantly, back their safety claims with evidence, and get a written incident report signed by the mother.

All this was then sent to me straight away, and I passed it on to their insurer to let them know a claim might be imminent.

Insurers actually welcome information like this.By flagging incidents, the clients of insurers demonstrate that they understand, mitigate and manage risk instead of passing all the exposures on to be insured. And, the client and the insurer both know they’ll be backed by solid evidence if an incident ever does make it to court.

With this kind of heavy interaction, the insurer is a lot more comfortable knowing their relationship is being managed. In my experience, comfortable insurers are good insurers.

How Do I Mitigate Risks?

Obviously, my answer would be, “Hire me, Morgan Appleby, to be your insurance broker! I’ll help you identify and mitigate risks!”

But, instead of it coming from me, I’ll let Stacy do the talking:

“I chose Morgan independently and I’d absolutely do that 100 times over. We are in regular contact with him. He sends us his newsletter and any other random things he comes across that are relevant to us. We are very grateful that he is in our corner.

“We control those things we know we can control. As for everything else, we have insurance – it protects us as a family and a business with staff and patrons.”

If that sounds like what you want in your insurance, call me. At the very least, I’ll give you a few pointers on common pitfalls in your industry. At best, you’ll be managing risks, keeping more money in your pocket and accessing better insurance.

Every business move or investment has risks, it’s why it also has rewards. Manage things well and you’ll be able to repeatedly enjoy those rewards while being covered for the risks.

As a tertiary-educated risk-mitigation expert (and fellow entrepreneur), I can help you do all this effectively, just email me at morgan.appleby@alleviate.insure. 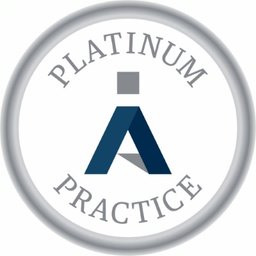 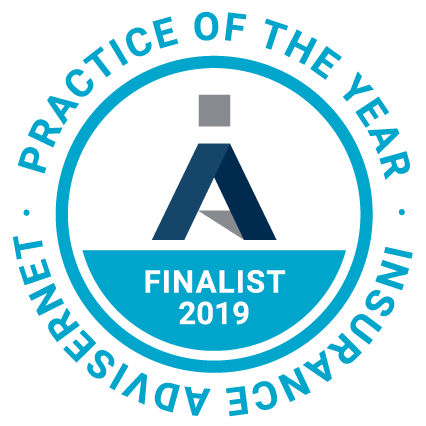